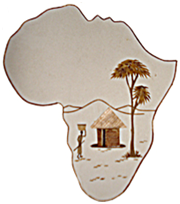 With the death and burial of Queen Elizabeth of England these days the news is full of all the affairs of the Royal Kingdom of England and of the enormity of its worldwide reach and of the how it all came about and equally, the why of it all did not play a part in the celebrations. Elizabeth herself became the queen while on her honeymoon vacation in one of tourist resorts in the English colony of Kenya. The whole situation is so filled with irony, to be the owner of someone else’s home and birth right merely on the basis you saw it and had the might to make it your own. How perverse we are that our being there gives us any right of ownership. Think of our Saviour when He came to live here He said that what He brought was life and that we would have it more abundantly. The outrageous go and arrogantly stand on the shore of some distant land after awesome sea voyages and to declare ownership in the name of the King, Queen or whoever else sponsored the trip just because he was there and saw it. But let this suffice for my humble comments on the global and political spheres.

But  what a surprise for me to see when I returned to school after some busy days in Dar es Salaam to find our school  national flag at half mast. When I inquired how come our flag was at half-mast and I was then informed that the official order to do so came from the central government itself. I came to question this official response to the historical fact of Tanganyika‘s status as a German colony from the 1890’s up until 1916 as a result of the carving up of Africa during the Berlin conference of European countries in 1890’s.Then in 1916 Tanganyika became a British colony when the British chased the Germans out of their African colony.Then in 1960 on July1st. it became an independent African country under the then leadership of Julius Nyerere as the first elected President. I was already in Tanganyika when the British flag came down to be replaced by the Independent Tanganyika sovereign green and gold one. The forgiving character of the Tanzanian people is certainly to be admired for a nationwide turning of the other cheek in bestowing the former occupying country with such an honor of respect for the passing of their Queen. It was one of the pitiful occasions for the First President, Julius Nyerere to hear a complaint during the formative years of the newly independent Tanganyika to hear a Tanzanian complain that “it was better during the Colonial times than it is now.”

Throughout last month the school has been in a constant commotion of cars, buses, and motorcycles delivering students from all corners of the country ferrying students to register for the final school term. The National Census taken every ten years also  interrupted opening day by a couple of weeks but by the beginning of the month we should be in full swing for the rounding up of the school year.

Once the terminal exams begin in earnest, a hospital type silence pervades the school compound. Strangely there are none of the general sicknesses like headaches, stomach pains and backaches. However it is also like a minor earth tremor when the last exam is over and the students exit the exam rooms in vocal and gleeful relief.

I recall a brief episode many years ago in seeing the then President Nyerere when he was visiting a government agriculture project in the southern province of Tanganyika, as it was known then. There were various vegetables in smart precision rows and the project manager was proudly walking the President through the grid like lines of flourishing vegetables. The President was often seen carrying a short polished stick much like a military officer’s swagger stick. At one point in the procession between rows of cabbages the president leaned over a row of the very upright cabbages and tipped a number of them over with his stick, vegetables which had obviously just been struck in the soft soil to resemble healthy mature plants a few days prior to the Presidential visit. There was an embarrassing pause in the walkabout and abrupt diversion to the refreshment tent. What was discussed between the President and the project manager was not made public but most certainly must have been pertinent to the future career of that agriculture officer. After two 5 year terms as President, Nyerere retired to his modest home and farm on the shores of Lake Victoria and lived and worked as a retired farmer. To his credit and example there was never a dynasty mentality or movement in vying for primacy in the run for the presidency or   a ruling party in the politics of Tanzania although this seems to be subject to some changes these days. This too however is one of the blessings of Julius Nyerere to the legacy he left to his beloved country. The name Tanzania was created after Tanganyika and Zanzibar agreed to unite as a single country. There is a very symbolic picture of Julius Nyerere holding two gourds and pouring the soil of each country into a single woven container. The symbolic gesture of course depicted the union of the two independent countries now as one nation, and renamed Tanzania combining Tanganyika and Zanzibar. It was a dream long debated and the foresight and the unblemished stature of a man like Nyerere made that dream become a reality.

When we first decided to have a girls school here at Mazinde Juu the subject soon arose as to what kind and color of uniforms the students would wearing. A fellow long time missionary Fr. Murphy asked me on our first encounter, “Where do you come from in Ireland? The Green Gold and white of course gave me away. May our Good Lord be with you all and bless your lives for the good you are doing so far from your homes and all your concerns and needs there. I remember you all in my daily Masses and prayers. Sincerely Grateful,

Want to join the discussion?
Feel free to contribute!